Learn how Chinese Herbal Medicine can help you. 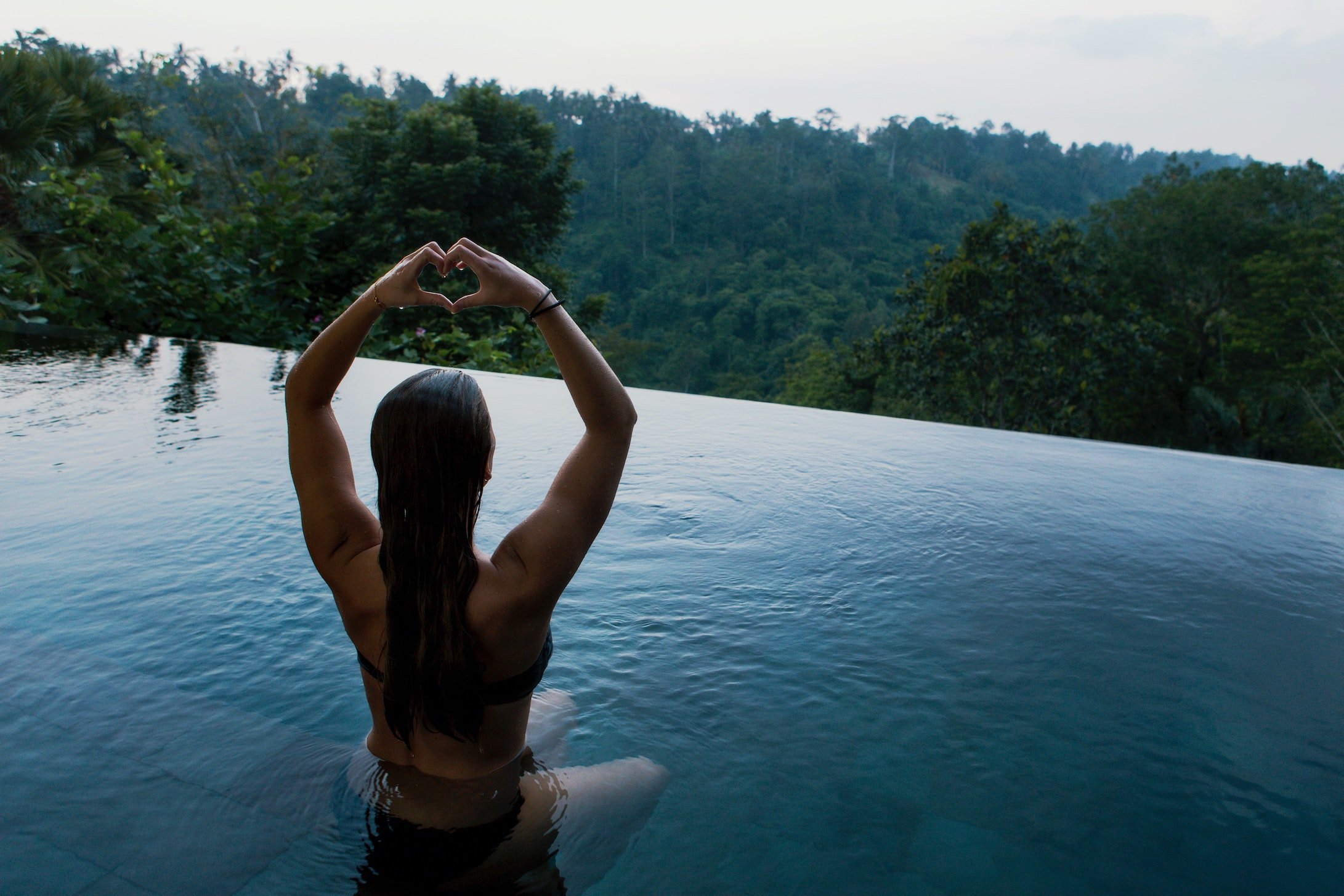 Everything women need to know about women's health and fertility, and how Chinese Herbal Medicine can naturally support pregnancy and childbirth.
Buy Now €20 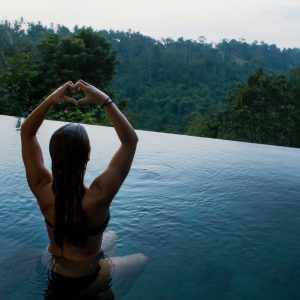 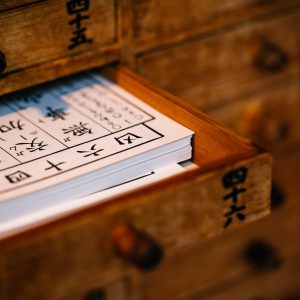 I bless the day Freya’s Chinese herbs arrived in the post and, after two and a half months of thinking I was heading for a serious auto immune problem; I started to feel better. Having fallen over and broken a couple of ribs, I then developed pleurisy (which was treated with antibiotics, but then returned and needed a second course). This in turn led to a bad case of vasculitis, which confined me to a reclining chair for two months, with swollen legs, ankles, feet and arms which were covered in bright red spots and pustules. If I did anything more than sit in a chair, the condition would worsen and become even more sore. For months, I could barely move. My consultant was beginning to get concerned enough that he wanted to put me on steroids, having held out for months, hoping it would go by itself. Freya came along just in time and after taking a very careful case history and compiling a list all my symptoms and body functions in huge detail, she prescribed me a course of herbs. After just one dose, I could feel my body saying “yes, please!” Something inside me seemed to shift from that moment on and I could feel every day, that the swelling was beginning to go down, the spots were becoming a little less red and the feeling of spiralling out of control ended. The herbs were very bitter, which at first, was a struggle, but after only a week or so, I began to get used to them and by the end, I was looking forward to the next dose. I hate to think what would have happened without the miracle worker Freya and her amazing Chinese herbs. Thank you so much, from the bottom of my heart.

I am forever indebted to my friend who recommended I get an appointment with Freya. Before I received my 1st treatment from Freya I was only 7 stone and my digestive system was not working properly. My nervous system was shot and I was suffering from anxiety all the time. I started to take the Chinese Medicine that Freya prescribed for me in July 2020 and started to improve immediately. I am now my proper weight over 8 stone with a much better appetite and very little anxiety. I had suffered from UTI’s in the past and I often felt I was tethered to the toilet as I could never be far from one. Now I never wake during the night and have full control again. I also have rosacea as I am a professional gardener, a Celt, female and over 40. My friends have commented on the fact that my face is less red. I have no itching now, the relief is wonderful. Due to my gardening work, I had frozen Shoulder with a lot of inflammation. I was having to take a lot of time off work. I had had an Ultra Sound done in hospital and Cortisone injections May 2020 which gave me absolutely no relief. After Freya treated me with Acupuncture and Tui Na, I have not looked back. I will definitely recommend her work to anyone and will continue to receive treatment from her as long as I can. I would go as far as to say, Freya and her treatments got my life back on track. I can’t thank her enough.

I first met Freya four years ago. l knew very little About acupuncture and Chinese medicine but was open to trying it out. Freya is a very compassionate and caring lady, who puts you at ease very quickly. She offers great advice and wisdom on difficult situations in life, providing a counseling service also. With her help I was able to release the pain of a recent miscarriage and move forward to have a safe and healthy pregnancy using acupuncture and Chinese medicine. I have a new understanding of her practice and appreciation of acupuncture, Chinese medicine and counselling which work together in order for the body to work at its best, mentally and physically. I would highly recommend Freya and wish her every success.

I have worked with Freya over the past three years and feel very lucky to have reaped the benefits of her extensive training, knowledge and wisdom. Both Acupuncture and Chinese Medicine have been hugely beneficial to my health. In my experience the healing is fast and effective. I have often left the treatment room feeling immediate relief. Taking detailed note of what is going within the body on a deeper functioning level, Freya gets to the core of the issue in a holistic manner. I believe this is why it is so effective. Personally when it comes to my healthcare I see these treatments as a natural and very viable approach. I would highly recommend Freya’s practitionership.

My first experience of acupuncture and Chinese Medicine of any kind was with Freya and what a warm comforting reassuring experience that was. I know that for the rest of my life I will always return to using Chinese Medicine. I feel that my body was helped and supported in a way it never had being before. I think this is the whole body approach that is used and the care of the person as a whole rather than just one ailment or complaint that works so wonderfully. My spirits always felt soothed after a session with Freya. Initially it was because of chronic headaches that I visited Freya, my doctor had ruled out anything sinister and told me that I could spend the rest of my life trying to figure out the reason for the headaches. My choices were to go on medication long term or pain management treatment. My G.P. knew I was not keen to take medication at all and she recommended getting acupuncture and so I did. After four sessions with Freya my daily headaches were gone, I still get occasional headaches but that constant daily pain was gone, so my first experience of Chinese Medicine was genuinely life changing. When I developed serious back trouble that was hindering my day to day to life I returned to the gentle care of Freya and I had great relief from my pain and had greater mobility after my sessions with her from the combined use of Tui Na massage and acupuncture. It was on Freya’s suggestion that I also started to see an Osteopath, this multi-disciplinary approach worked so well for me and again I would have to say life changing. If you are dealing with daily pain and restrictions to your life because of it, when that pain is eased or removed your daily life is truly changed. For as far into the future as Freya continues to practise Chinese medicine then I will be turning to her with any of my needs, I love the natural approach of Chinese Medicine, the idea of the body being supported and helped to work at its best. I have used Chinese herbs to help support my body and really felt benefits from it. This was all new to me, it was 2018 when I had my first visit with Freya and I’ve felt the benefits every time. I have turned to her and Chinese Medicine with a range of things, from headaches, back pain, sinus trouble and fertility issues. I have recommended the use of Chinese Medicine to so many people because my experience has obviously been so beneficial to my life. I have received the physical benefits of Chinese Medicine and the benefits of Freya’s gentle manner, each visit to her leaves me feeling cared for.

Freya is like a fairy, so gentle with her approach to health and wellbeing. She is a true nature spirit and has such a depth to natural medicine. The course to women’s health was eye-opening for me. I recommend Freya for everyone who wants to find balance in their lives and learn about natural ways of feeling well.

Freya Sherlock is a professional Chinese Medicine practitioner and Ireland’s premier WildFit coach based in West Cork, Ireland and the UK.